The Murtić Foundation is based on the tangible and intangible legacy of Edo Murtić, one of the most influential artists and cultural professionals of the 20 th century in Croatia and the region, whose work within the international paradigm of mature modernism and gestural abstraction formed a recognizable and recognized variant of powerful colorist expression. The tangible legacy of Edo Murtić comprises several thousands of works of art: paintings, works on paper, graphic portfolios and units, ceramics, enamels, sculptures, sketch blocks, models, photographic, video, film, and written documentation and archives; his intangible legacy refers to copyrights and intellectual property rights. To achieve its mission, the Murtić Foundation has, since the beginning of its work in 2005, organized a variety of exhibitions in different formats at home and abroad, as well as conferences and symposiums, produced a multitude of catalogs and documentaries, and conceived monographs, thus presenting to the public the numerous models and aspects of its future work. The goal of the foundation is to build a center open to the public, where Edo Murtić’s opus will be the subject of interdisciplinary research and analysis with the aim of dynamic presentation and comparison of his work with related forms of artistic creation and movements through cooperation with reference foundations, museums, institutes, and cultural and educational institutions in Croatia and beyond.
Following in the steps of Murtić’s civic engagement, the work of the foundation will nurture humane and democratic values that the author advocated his whole life, expand the knowledge of the era and the art of heyday and late modernism on both sides of the cultural and political divide (Eastern and Western Europe), critically discuss the contribution of Edo Murtić to the art and cultural life of his time, and promote the reverberations of modernism in the work of contemporary artists, art critics, art historians and theorists through an international exhibition and residency program. 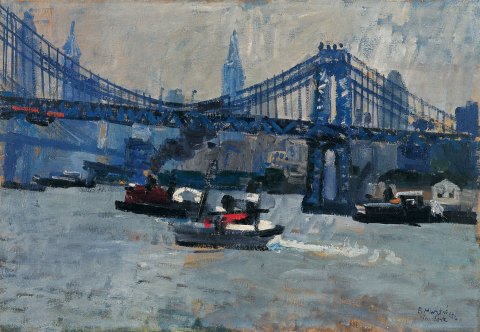